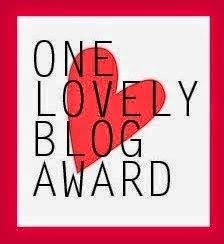 In October I was nominated for the 'Lovely Blog' Award, and, as I not a particularly prolific blogger, it has taken me 2 months to respond. Thanks to Chris from The 'Back Fence of Genealogy' Blog  for the nomination.

The suggestions for passing on the award, if you wish to do so, are as follows...


1 - How I got Genealogy-itis
I caught the Genealogy Bug in 1983 when my parents came for a holiday and my father dropped the bomb-shell that he was adopted! I was 23 and this was the first I had ever heard of this. Dad had always been interested in family history, and, over the years had shared lots of information with me. He had also collected certificates and information. As a kid, you don't recognise that 50 years old is a bit late for a woman to be having a baby (especially in those days), or that it was strange that he was raised on goats milk. When he told me about his adoption it brought forth a huge range of emotions. On one hand I felt devastated and betrayed by not having been told this earlier as Mum and Dad were both quite religious. A lot of things that Dad had said in the past clicked into place, and I was intrigued by the story. He believed he knew who his real father was, but had been told that his mother didn't want him. I set out to find out who his mother was, and here I am still 'hooked' 31 years later.

2 - Why I still enjoy Genealogy
There are lots of reasons I am passionate about Genealogy, and they include, (but not limited to), the following things - I enjoy:
3 - What frustrates me about Genealogy
I get really frustrated by family members not giving me information when I ask for it. Although, Facebook has overcome a bit of this. I am now able to 'friend' younger family members, whose lax attitude to privacy allows me to gather all sorts of family information. I also get really frustrated by some people who subscribe to a particularly successful online genealogy service, and who seem to just gather ancestors with no even basic checking of the information. I  'know' the information I seek is out there somewhere, usually tucked away in an obscure local library or archives, but sometimes in a place that would be hard to imagine.

4 - The ancestor I would most like to meet
Alexander Coutts, who was born in Finzean, Birse, Abderdeenshire in Scotland around 1819 is a big mystery to me. He wasn't baptised (that I can find) and so his parentage is pure speculation. There were lots of Coutts families in the area, at the time, so it is very likely that he is pretty much related to them all, but it would be really nice to ask him which one was his.

5 - The ancestor I am most intrigued by
William Henry Anderson was a self-made man, and entrepreneur. His father was a baker, but he did well in pubs and was dealing in thousands of pounds before he was 40. He married a couple of times, and I am perplexed that he didn't appear to leave a will when he died at 68, especially after the disastrous events that had happened only 8 years before when his eldest son died intestate, and W.H. had to provide for the children, and the son's second wife took off with all the money.

6 - Other things I like apart from Genealogy
I know this will shock my husband, but I 'do' actually like things other than Genealogy! Family and friends are the most important to me, but I am also interested in Science (somewhat in all sciences, but mainly astronomy, mathematics, biology including fossils, aquatic invertebrates, herpetology, and would love to learn more in geology), Arts & Crafts (crochet, knitting, sewing, bark painting, origami, pottery, silver-smithing, copper enameling, stained glass, scrap-booking, macrame, paper-making, screen-printing, block printing, soap making, card-making, upholstery, pressed flowers, nature photography, silk painting, mosaics, tapestry, candle-making, painting & drawing, and paper mache), bush-walking, native edible plants, camping, leisure cycling, history, reading (mostly Science Fiction & Fantasy, but other genres too - when I get time to read), cooking (but not the daily meal grind), health (including healthy lifestyle, complementary therapies and personal responsibility for health), and technology - I love computers and the internet!

My nominations for One Lovely Blog Award (I am really impressed as these wonderful people manage to write their blogs quite regularly, and educate us with their wise words):

Family History Across the Seas - Cassmob

The 'Back Fence of Genealogy' Blog - Crissouli

I'm part of the